By tomorrow October 1st, I should be able to move on..

I have asked Allah of the reason behind all these, but until today I have not yet discovered the       reason beside that it is actually a test for me..a wake up call..a call from God asking me to go back to the right path..the path I have diverged for quite sometime this year 2019.

How painful was the toil, how I whimpered, moaned, wept like never before..only God knows..

True, the best medicine is to forgive and move on. However, it was very perplexing..an unpleasant thing to do..

Until then..let's suffer..and let's enjoy the torment and anguish to the last..

"He was never mine,
but losing him...broke my heart"

There are many words and articles to describe the heart breaking things but for me, no words could describe mine. I am not saying this incident was so special to make my world come tumbling down, but the pain was excruciating until it was really visible..my heart was really intensely  in pain.

Allah..The Most Gracious and The Most Merciful..please ease my pain..


Courtesy of Youtube
Posted by All Along the Way... at 3:58 PM No comments: 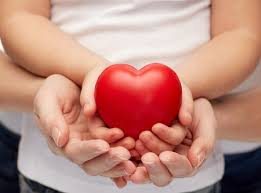 It has been two weeks..

Sometimes I wonder..is this the other way to say goodbye or the stopper..?

Why do people can be so cruel, anomalously avoiding discussion..? Is the heart was made of stone?

Never in my life I acted this way, and I should congratulate my self for never been so adamant on something..but I learn in the hard way some people can actually do that..

I am a strong headed person too but I will never be so cruel and thoughtless.

And I was so unlucky enough to have met, and to have to deal with this kind of people.

However, each and every heart is hold by Allah The Al Mighty. Let Him decide whose heart is to be melted and whose to be hardened.

Whatever, I will not regret...and that person will.

The must and the hardest..

I spent many days crying..praying..and decided..this is it..
I took the ride..as to finalise my decision.. 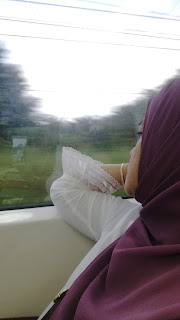 I am nobody to you..just a somebody in my small family

Plain woman..just wanting to jot down some important events in my life..visitors are welcomed to read and to leave comments..